Bike rental
and Tourism in Fuerteventura

The bike rental price is determined by the rates mentioned on Easy Riders website at the time of the booking; or as subsequently agreed.

a. The rental price and any other due sums regarding the rental agreement must be paid before the bike is handed over to you. b. If, for whatever reason, you cannot make use of the bike(s) you have rented, Easy Riders will not be held responsible for any resulting expenses or damage.

c. In the case of the article 2b, the client remains obliged to pay the full rental price and any other amounts mentioned in the invoice, unless the client can prove that his not being able to use the bike was the consequence of a defect that was already present at the beginning of the rental period.

b. Extension of the rental period is possible only after approval by us and according to the (extension) rates as mentioned in article 1.

c. No refunds are possible after the rental period begins. If you return the bike(s) to us before the end of your holiday, the rental agreement will automatically be terminated and you will not get any of your money back.

d. At the end of the last cycling day of your holiday, the bike(s) must be returned to the hotel from where it was/they were issued, no later than the time stated in the booking confirmation.

e. If the bike(s) is /are not returned by the return time stated in the booking confirmation, we will continue to charge you rent until such time as the bike(s) is/are returned to us or is/are received by us. In the event of late return, the rates as mentioned in article 1 will continue to apply, plus a fine of €25 per day. We also reserve the right to demand payment for any costs and/or damages suffered by us due to late return of our rental bike(s).

f. Notwithstanding the preceding paragraph, in the event of late return of our rental bikes, we reserve the right to dissolve the rental agreement without judicial intervention and immediately claim back our bicycles where ever they may be and from whomever has them. Easy Riders also holds this right in the event that the client does not comply with any of the other conditions stated in this rental agreement.

a. The bicycle(s) may only be used for its/their intended purpose and only by the cyclists listed in the rental agreement.

b. The bike(s) must be returned to us in the same (clean!) state in which you received it/them.

d. The bicycle may not be used on the beach; or on sandy paths in the dunes unless a paved path is unavailable.

f. It is completely prohibited the use of any bicycles which are rented from Easyriders Bikecenter to be used in any competition or sporting events. The company reserves the right to cancel any booking with such intentions.

The renter will be held responsible for damages to or loss of the bicycle(s) or parts of it, as well as bicycle keys and chains and locks, for such an amount as is determined by us according to standard market prices. You must understand that you are not insured for damage to the bicycle(s) or for any damages to third parties. 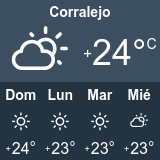